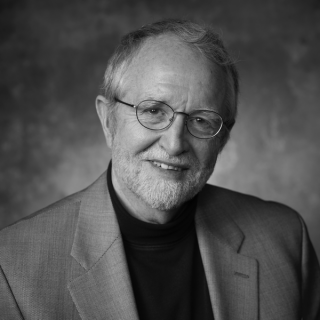 Turner received Hungary’s highest literary honor for his translations of Hungarian poetry with the distinguished scholar and Holocaust survivor Zsuzsanna Ozsváth, won Poetry’s Levinson Prize, and has often been nominated for the Nobel Prize for literature. Born in England, raised in Africa by his anthropologist parents Victor and Edie Turner, educated at Oxford University in English Language and Literature, he was naturalized as a U.S. citizen in 1977. He is a Shakespearean scholar, an environmental theorist, an authority on the philosophy of Time, poet laureate of traditional Karate, and author of over forty books.

In addition to being a professor at the University of Texas at Dallas, Frederick has taught at the University of California at Santa Barbara, Kenyon College, and the University of Exeter in England. A former editor of The Kenyon Review, he is a winner of the PEN Southwest Chapter Golden Pen Award and several other literary, artistic and academic honors, and has participated in literary and TV projects that have won a Benjamin Franklin Book Award and an Emmy.

A Yin-Yang conversation between the Arts and the Sciences.
The poet/scholar/science fiction writer Frederick Turner and the brain scientist/physicist/anthropologist Robert Turner explore together the best ideas awaiting the students of tomorrow in a wide-ranging conversation on emergence.